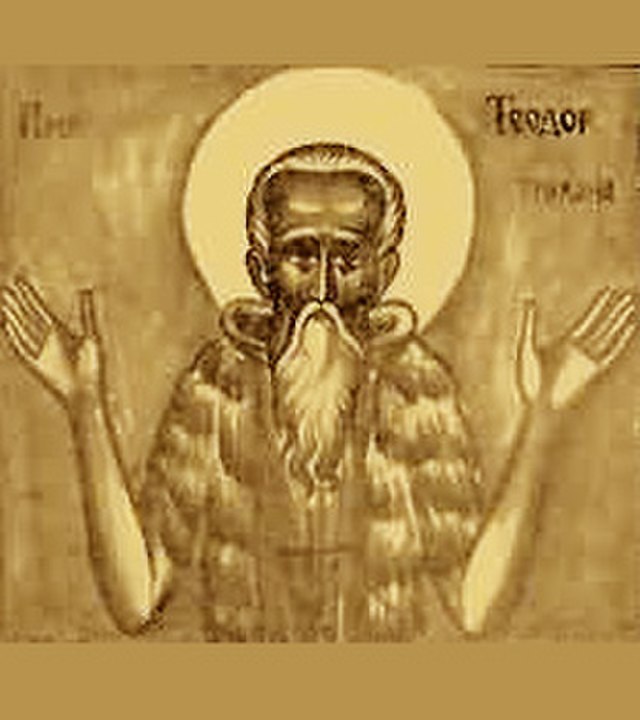 Theodore was born in Constantinople, the son of wealthy and pious parents. He left his family to enter a monastery in Thrace and began his ascetic life. He gave away all that he had to the poor, dressed in a hair-shirt, and slept on a stone in order to avoid bodily comfort and sleeping too much.

Theodore performed many miracles and had the power to heal the sick. He died at the end of the 4th century.

The image of God was faithfully preserved in you O Father, for you took up the Cross and followed Christ by your actions you taught us took look beyond the flesh for it passes rather to be concerned about the soul which is immortal wherefore O holy Theodore your soul rejoices with the angels.

Saint Theodore Trichinas, the Hair-Shirt Wearer is commemorated on April 20.