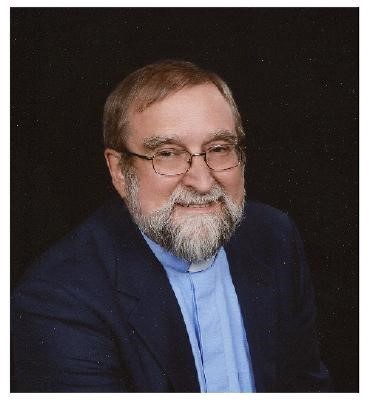 Paul received his BA in natural science and ancient languages at Capital University in Columbus, Ohio where he met and married the love of his life, Darhon Rees-Rohrbacher.

After graduating from Lutheran Theological Seminary in Columbus in 1976, Paul served as pastor of three congregations in upstate New York retiring in 2014.

Serving in ecumenical roles has marked his years. Paul lives in Albany, New York, USA with his wife and two parrots. They enjoy communicating with their former exchange students who live in Namibia and Sweden.

Rev’d. Paul served as a Master Gardener, led computer groups, sung in choruses, and has been a regular reader. In retirement, he has read quite a few Australian and New Zealand authors and it was with this international interest that he found and became a valued member of Holy Hermits Online.

Paul is part of the HHO leadership team, service preparation and serving team and is also one of our guest preachers.