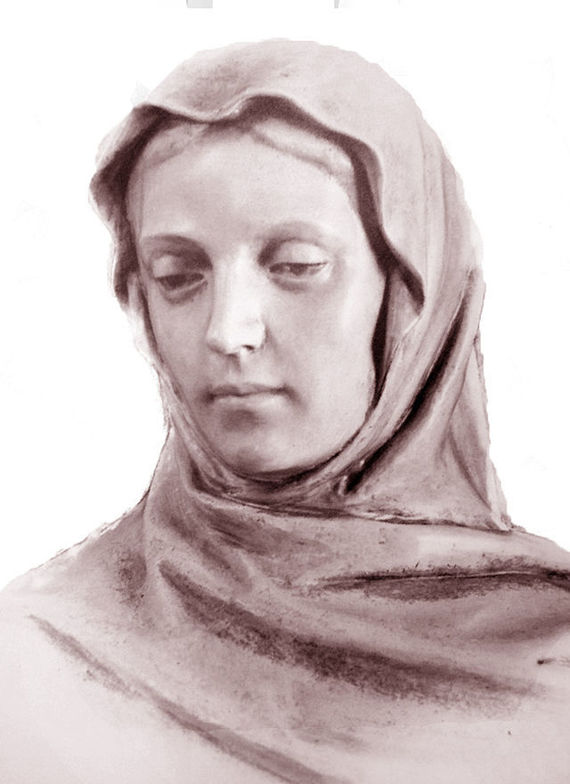 Jeanne was born in Ville-Marie (Montreal) on 4 January, 1662, to a wealthy and influential family. She had an early interest in the spiritual life and spent from 1674 to 1677 as a boarder with the Ursuline sisters in Quebec, where her aunt taught. At the age of 15, she returned home. She was expected to marry, being the only eligible daughter of a wealthy family, but she rejected all suitors. At the age of 18, she gained her parents’ permission to live as a recluse at home, leaving only to attend Mass.

The Congregation of Notre Dame built a church on their property, allowing Jeanne to build an apartment behind the altar in return for a financial gift. Her vows covered perpetual seclusion, chastity, and poverty, but she retained properties given to her by her family, and her cousin as personal attendant to bring her meals. Jeanne did not visit her dying mother in 1682, although her father visited Jeanne twice a year until his death in 1706. Jeanne did not attend his funeral.  Jeanne spent her days praying, reading, sewing and embroidering church vestments, making clothing for the needy, and educating disadvantaged young women.

The majority of her time, however, was spent in prayer. She became a recluse for love of God and for the world. She interceded constantly for peace in the world. On her death on October 3rd, 1714, she willed her properties to the Congregation of Notre Dame and other Roman Catholic religious orders.

The Recluse sisters were founded in Alberta in 1943, inspired by Jeanne Le Ber. In 2004, a federal electoral district was named after her.

It is said of Jeanne: she spent her nights adoring Him whom she described as “her magnet”. In this way, she would be “the lamp of the sanctuary”, burning with love before her Lord.

The Catholic Church of Montreal have a page dedicated to her.

And other Biuography from the Dictionary of Canadian Biography