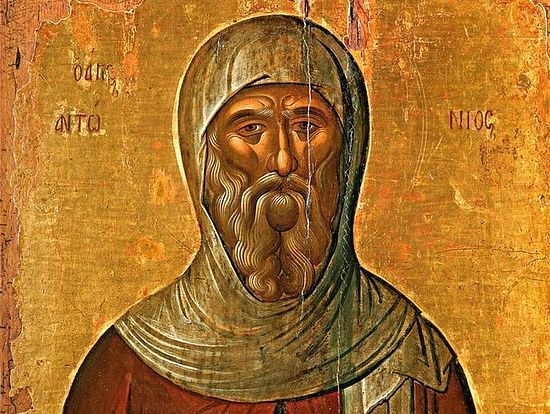 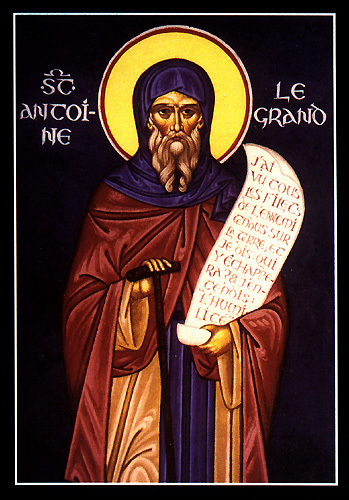 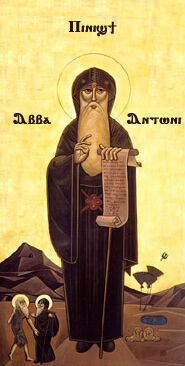 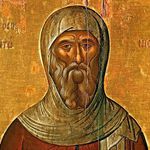 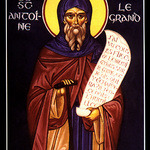 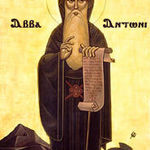 St Anthony the Great, was born to a wealthy Egyptian family in 251. Upon the death of his parents he saught to care for his younger sister and placed her in care of a group of Christian women in a convent. Reflecting on the passage where Jesus instructs the rich young man to sell all he owns and give to the poor and follow Jesus, Anthony gave his wealth to the impoverished in the city and retreated to the desert. He is best known for his epic spritual battles with sin and evil in the desert, and his fortitude in the face of temptation.

The stories of his resistance to evil in the desert and the supernatural temptations he faced have inspired art, poetry and narritive for centuries.

His zealous spiritual practices and the rigour he observed in his solitude and prayer meant that towards the end of his life he gathered community around him in the desert, pilgrims coming to seek his wisdom and miracle working, and a group of commited disciples emulated his example. He was the first Holy Hermit to set forth a way of living for community and is celebrated as "the father of monasticism" as many used his rule for establishing their own commuity patterns and rules.

St Athanasias wrote a biography of Anthony's life which became widely published and is celebrated as one of the greatest accounts of a Saints life. St Anthony also contributed various teachings to the sayings of the Desert Fathers and Mothers.

One of his most treasured teachings is: “Our life and our death is with our neighbor. If we win our brother, we win God. If we cause our brother to stumble, we have sinned against Christ.”

Some of his other sayings and teachings:

"Do not be afraid to hear about virtue and do not be a stranger to the term. For it is not distant from us nor is it external to us; its realization lies within us and the work is easy if only we want it. The Greeks leave home and cross the seas in order to gain an education, but there is no need for us to go away on account of the Kingdom of God nor need we cross the sea in search of virtue. For the Lord has told us, 'The Kingdom of God is within you.' All that is needed for goodness is that which is within, the human heart."

Abba Antony said, "I saw all the snares that the enemy spreads out over the whole world and I said, groaning, "What can get through such snares?" Then I heard a voice saying to me, "Humility".'

"He who sits alone and is quiet has escaped from three wars: hearing, speaking and seeing: but there is one thing against which he must continually fight: that is, his own heart."

Here is the Focus article written by Rev'd Jamee for reflecting on St Anthony in 2021.

Here is a video recounting his life story.

Here is a documentary about St Anthony which gives an account of stories from his life running for just over 20mins by Ellinas Multimedia.

Wikipedia offers other links to information about St Anthony.